Without question one my all time electro-funk tracks, still as timeless as ever and still proving a big hit with a cross section of dancers of all ages over 30 years after it's US release in 1982 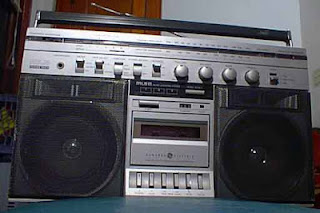 This particular mix of Walking On Sunshine was released by leading label of the time Prelude back in the early 80s as part of a two record set of "Master-Mixes" courtesy of NY radio station KISS 98.7 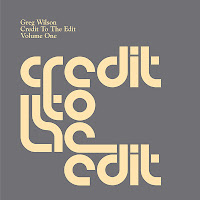 Up until this month I was blissfully unaware of this version having been re-introduced to this track a few years ago via Greg Wilson's Credit To The Edit Volume One compilation. As indicated earlier at the start of this post I've recently been playing this out again, this time round in the guise of a 9 minute version of the track which by today's standards is a fairly lengthy exercise for any dance floor

All told I think there were around 4 master mix compilations covering the front of NY dance music that supported the transition from disco to garage and house, capturing some of the best of the early 80's scene. Artists like France Joli, Sharon Redd, and Gayle Adams were part of the stable of divas (along with Jocelyn Brown, Gwen McRae and Loleatta Holloway) that sustained dance music through the post-disco era, proving that a good voice still carried the day 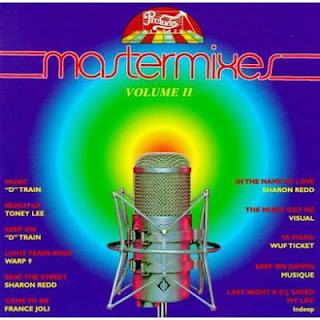 Tracklisting:
Volume 1
D-Train You're The One For Me
Strikers, The Body Music
Conquest Give It To Me (If You Don't Mind)
France Joli Gonna Get Over You
Jeanette 'Lady' Day Come Let Me Love You
Empress Dyin' To Be Dancin
Secret Weapon (2) Must Be The Music
Unlimited Touch Searching To Find The One
Sharon Redd Can You Handle It
Gayle Adams Love Fever
Nick Straker Band A Little Bit Of Jazz
France Joli I Wanna Take A Chance On Love 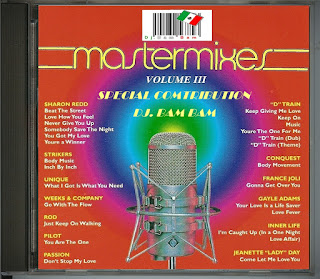 Volume 2 - TL thanks to Greg Wilson