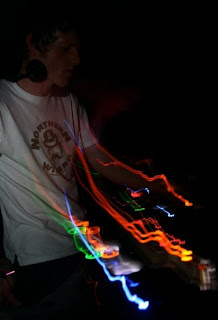 Lloyd and Fazz from Southampton's Nocturnal night have been pushing the musical envelope along the south coast since 2004.

While collective heads were being scratched over our side of the coast as to why no decent regular events were being held in our city the guys were already bringing down south internationally acclaimed purveyors of the groove such as Maurice Fulton, Greg Wilson, Ashley Beedle and The Electrons well in advance of the current interest being credited to the groove based dance scene south of the M25.

Lloyd and Fazz have kindly sent us a new mix featuring a mixture of old and new in keeping with the general idea of pushing quality groove based dance music irrespective of age to the public at large on this rather tasty mixtape they're recently compiled with the use of their trusted pair of Technics 1210's and Pioneer mixer, simple as.

Here's the low down on the mix down

Many thanks for the mix up lads, if you get time drop by their dot.co.uk
www.nocturnal-music.co.uk