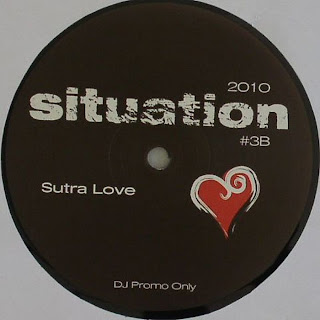 A track that's gaining lots of local support from the likes of Sibel Lagerdahl, Rich Dugdale, Easy Jim and Jeff Daniels, naturally then you can expect the latest release from Situation to be a good one.

The two main elements used are taken from both funk and disco camps with The Equals "Funky Like A Train" and Donna Summers "I Feel Love" dictating the sound up until the vocal snippet that's from neither classic.

Not sure where exactly the vocal is from but it works as a good contrast none the less.

Interestingly the release is vinyl only in keeping with the current lead being taken by a few labels these days.

The good news being that you won't be getting stung in the pocket when picking this one up, unlike a recent Grace Jones vinyl delivery that some bright spark thought charging a few hundred quid for would be a good idea.