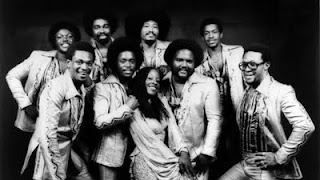 Classic Paradise Garage business from Rose Royce on Warner Bros from 1979 as sampled by S-Express on The Theme From S-Express just 9 years later in 1988.

This is more or less the same length of time between this blog post being written and the release of Bullet In The Gun by Planet Perfecto (shudder!!!!)

Apologies for the terrible musical comparison ;)

A few more tunes played at The Paradise Garage

Buy this release on discogs