Brighton Ocean Rooms Up For Auction 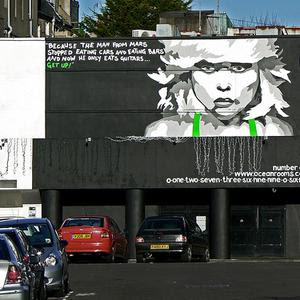 On the 5th of March legendary Brighton venue The Ocean Rooms comes under the hammer, asking price three quarters of a million pounds sterling.

So what do you get for your dollar?

Well, there's three separate dance floors each with a bar (basement, middle floor and top floor-the best one out of all three) plus a whole load of Brighton musical history thrown in for free.

The venue has had it's detractors over the last few years, more than ever so after the mass clubbing bubble popped in Brighton.

None the less The Ocean Rooms continued to push some great music all be it up to around twelve to eighteen months ago when the increased randomness of the programming of it's nights started to become more apparent.

Notably nights such as Our Friends Electric and Suicide Saloon which were in house promotions that began when the 24 hour licensing laws came in to play will be fondly remembered for supporting forward thinking and quality music within the clubs walls.

Bookings of the likes of Greg Wilson, Carl Craig, Booka Shade, Derrick May, DIY and Giles Peterson reflect this when at the time mainstream tastes were shifting dramatically in other directions across the city.

From a personal perspective we had an interesting time at the venue when the groove based scene in Brighton was more or less in it's embryonic phase back in 2006.

Thanks go to all the management who at the time started booking those connected, without this many friendships would not of been formed as we see them today inside and outside of Brighton.

When looking back, for many involved, running nights or djing at one could be anything but easy to settle into with low numbers and constant technical difficulties playing their part in scuppering any plans for a night of dance floor nirvana.

However the trouble was all worth it when on the odd occasion the place was rocking to the sounds of great dance music with a packed club full of clued up like minded clubbers out en mass.

It's also important to remember this all happened just three to four years ago around 2006/07 with numbers at the club surpassing 700 people on any given night when Our Friends Electric or Suicide Saloon was being held over all three floors.

Like thousands more, we continue to enjoy friendships and correspond regularly with people we met on Morley Street a few years back and to be honest, at the end of the day that's all that really matters.

No matter what your personal perspective on the venues demise is, there's no getting away from the fact that for the majority of it's existence The Ocean Rooms tried and regularly succeeded at times to bring quality producers and dj's to Brighton as well as holding many a great night out.

We hope that all concerned with the venue come out of this unscathed and get the chance to return to past glories, all be it in a different time and space after March's auction.

As they say " the beat goes on" but this time not on Morley Street it would appear.