The Dance Scene That Has No Name 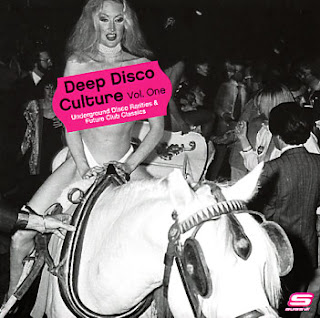 "Thankfully music is the driving force here, no fashions or fads, well maybe just a few beards of a disco nature here and there"

Even after all this time “The scene without a name” continues to remain unnamed, unchanged and undiminished since it first appeared as a post on the beard friendly djhistory.com site.

The post was originally started by Greg Wilson who you would expect to have an angle on such things due to the musical content that‘s involved within the scene.

The reasons why this scene has yet to be named in time honored fashion still eludes those that comment upon it's merits including it‘s fans, djs, promoters, commentators, producers and aficionados alike.

Maybe it's down to the multi-faceted musical approach that the scene itself draws from including a wide range of influences including disco, early electro, boogie and funk alongside other elements including cosmic, real house music and balearic (if that is a genre in itself)

However, it could be down to the fact that for once we might just be witnessing a scene develop in front of us that lives outside of the excepted commercial infrastructures that have welcomed dance music in its various forms in recent years.

Taking a look over the last twenty or so years, genre categorization has played such a major part in the promotion of dance music to the masses whilst at the same time encouraging our media institutions to eagerly pick up on the "next big thing"

Subsequently the "lets milk this for all it's worth" mentality ensures that some prosper along the way until the curtain finally falls or reinvention inevitably has to take place.

Unlike say the obvious continuum's that are evident between musical bedfellows on the current popular house music scene "The scene with no name" has no continuum other than that of musical quality and acceptance of eclecticism from a wide variety of musical sources and influences stretching back to the early 70's whilst also firmly looking into the future at the same time.

Eclecticism may point to the answer as to why the scene itself remains nameless.

If this is the case then that would be both unique and also rare as a musical concept within the context of labeling dance music under a particular category or style.

Thankfully music is the driving force here, no fashions or fads, well maybe just a few beards of a disco nature here and there.

Here’s the post in all it’s glorious inconclusive form, happy readings, see if you can work it out