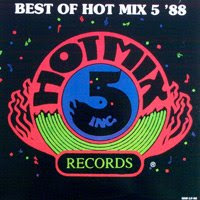 What happened after disco?
DJ's Ron Hardy and Frankie Knuckles both are credited with the developments that saw disco morph into the early house music scene in the US. Alongside Ron and Frankie there was a five man DJ team known as The Hot Mix 5 that bought the sounds of house to the airwaves of Chicago in 1981. Every Saturday night Farley "Funkin" Keith (later known as Farley "Jackmaster" Funk), Mickey "Mixin" Oliver, Scott "Smokin" Silz, Ralphi Rosario and Kenny "Jammin" Jason presented the now legendary 'Saturday Night Live Ain't No Jive' mix show on Chicago's WBMX radio station.