Cos I Can Do It In The Mix 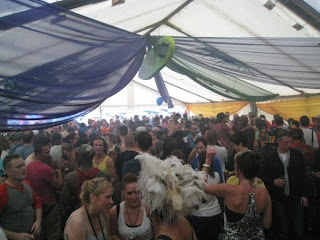 "The focus was firmly on the raw funk rather than on the quality of the production values. This was based more on opportunity (or the lack of it) rather than an inability to replicate the production of other more renowned outfits"

Have you noticed how everybody is talking about disco? Well, it seems to me they are as things that had little to do with disco before have now grown a disco prefix. Electronic disco, secret disco, disco sandwich, disco crisps (from KP no less) everyone is growing disco shoots out of every orifice. But when you scratch the surface there’s little to compare it with the real stuff. The real black Philly inspired stuff.

Actually, people have been discussing disco music since it was invented, but the difference is that there are few places in the world where you can experience the madness of the music with the exception of only a few clubs and parties that still exist to this day.

What separates REAL disco from the usual club fodder, is the misty-eyed nostalgia that it’s followers have, which comes from deep within the soul. An all encompassing devotion and single-minded belief that when it all comes down to it, most good dance music is essentially the bastard offspring of disco.

I’ve had numerous conversations, sometimes quite heated, with muso know-alls who have the delusion that the essence of modern clubbing came from the punk movement and not disco. Now, I’m not knocking the influence punk had on how people produced, listened and enjoyed music, the whole DIY ethic was an evolutionary step in modern music which came from a prevalent disillusionment with the establishment. Punk saw those without the means of money, privilege or social standing, being able to make, produce and release music to the masses.

Whilst disco came to be caricatured by the success and wannabe attitude of clubs like of Studio 54, with its stench of elitism and self-conscious glamour, the real disco of the masses was often forgotten. The DIY attitude was alive and well within the scene with and was encapsulated with record labels such as P&P. This low down dirty disco record label churned out underground hit after underground hit during the 70’s which are still being played to death today.

The focus was firmly on the raw funk rather than on the quality of the production values. This was based more on opportunity (or the lack of it) rather than an inability to replicate the production of other more renowned outfits.

Peter Brown and Patrick Adams met in 1974. Both were working behind the scenes as A&R men of other established labels when they decided to set their own imprint on the soul of the then embryonic disco scene. They formed P&P records in 1974 in Harlem, New York, the label was distributed by Roulette Records and over the next couple of years they would release, what are today, hard-to-find classics.

As well as releasing on their P&P label, they also put stuff out on SONY [Sound of New York], Queen Constance, Heavenly Star, Jay Star and Chocolate Star. These releases represent early funky disco at its very best.

The label was the home of such classics as Disco Juice and Atmosphere Strutt by Cloud One, both pinnacles of raw disco class, the immense New York’s Movin’ by Ahzz and the beautiful Philly rich My Baby’s Got ESP by Four Below Zero. Their work was also behind other more familiar guises like Musique and Class Action whilst later in the early 80s, Indeep’s "Last night a DJ saved my life" (on the Sound of New York label) was one of their biggest hits and firmly brought them in to crossover popular music territory.

In late May of 2000, some of these classic tracks were made available again in the Counterpoint Records album - Disco Juice - the Funky Disco sound of Harlem's P & P Records. This album includes some of the most sought-after tracks released on these labels, tracks like; Cloud One's - "Disco Juice", "Got to have your love" by Clyde Alexander, Chain Reaction's - "Dance freak" and Queen Yahna's - "Ain't it time". Then in 2004-6, P&P’s back catalogue was raided by DJ demigods Keb Darge, Kenny Dope and Danny Krivit presents…. on Sussed Records and copies of these CD’s change hands now for over £70 a piece. Luckily I have all three, brought for $8 each 3 years ago on a trip to New York. Yes, I do feel quite smug!

With all this talk of revival, there will inevitably be a number of people jumping on the disco bandwagon. But in turn, it makes us (the devoted) dig deeper for those gems and in doing so we get to dust off undiscovered masterpieces and forgotten classics to introduce to new and appreciative ears. With P&P you strike 24carrot gold every time.