Beat mixing, who invented that then? 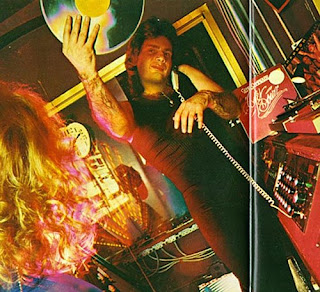 One of the many unsung heroes in the dj world. Francis was the first dj to perfect how to slip-cue a record and release it on beat in order to create a non-stop mix of music.

More importantly, he was the first dj to segue (or overlay) 2 records together in order to maintain a consistent flow of energy throughout the night while matching the beats of the music (beat mixing)

Francis inspired many great dj's in his time, first with Steve D'Acquisto and Michael Cappello, and later as the news spread of how hot these guys were, Nicky Siano, Frankie Knuckles, Larry Levan, David Mancuso and Walter Gibbons.

Undoutedly Francis Grasso lifted the art of djing to a new dimension by being the first person to discover beat mixing in order to maintain a dancefloor's energy throughout the course of the night.

Hats off to Francis and his efforts.

Find out more about Francis Grasso at djhistory.com