GLAD TO KNOW YOU – Chaz Jankal by Affy 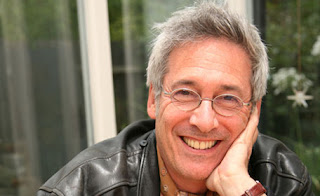 "Kilburn's guitarist Ed Speight convinces Jankel to return to the dressing room. In doing so, Jankel changed the course of Ian Dury's music and his life. Lo and behold the Blockheads are born"

Affy, the other half of the crew has taken time out from his international schedule of hanging out in various late night hotspots and record stores to share his musical thoughts.

This month Chaz Jankal gets the once over and props from a very eloquent Mr Wajid.

If you hadn’t noticed there appears to be an Ian Dury revival at the moment what with the release of his biopic Sex and Drugs and Rock and Roll. If you haven’t seen the film, see it. Andrew Serkis is amazing in the title role of our Ian and faithfully portrays the character warts and all.

There is a scene that faithfully records the first time Dury met his songwriting partner, Chaz Jankel. It is May 1976 and the singer has just hobbled off stage after a particularly ramshackle London pub gig with his band of bedraggled misfits, Kilburn & the High Roads. The young, clean-cut Jankel strolls into the dressing room, grinning widely, and introduces himself. "Do I know you?" asks Dury, fixing him with a malevolent stare. "No," replies Jankel, still grinning. "Well do us a favour then," barks Dury, "and fuck off!"

Kilburn's guitarist Ed Speight convinces Jankel to return to the dressing room. In doing so, Jankel changed the course of Ian Dury's music and his life. Lo and behld the Blockheads are born.

There is no refuting the musical genius that was Ian Dury, but the Blockheads were much more then just him. What a shame if the young Chaz Jankel took Ian’s eloquent advice and just “fucked off”. The Blockheads would have lost its co- producer and its funk soul!

I came to the Blockheads in a back to ‘funk’ manner. Didn’t really care for their stuff apart from the instrumental of ‘Hit Me’. I remember lying in my bedroom at the age of 9 listening to Radio Luxenburg on a Sunday night and the DJ played the special disco edit of the track. That got me interested for it’s 7 minute duration, but once I heard it was an overground pop act, I stopped listening.

It wasn’t until I got in to my 80’s soul boy thing a few years later that I got listening to Chaz Jankel’s stuff and realised the disco funk genius was behind all the groove undertones of the Blockheads.

Chaz appeared on such releases as 1977 new ‘Boots and Panties’, ‘Hit Me’, ‘Do It Yourself’, before leaving the group. But in ’81 Jankel teamed up with Dury (sans the Blockheads) for the release Lord Upminster and the huge Loft classic Spasticus Auticus. However, the stuff that got my disco glands swelling was his solo stuff.

He had several releases for A&M such as the self-titled debut ‘Chasannova” and one of my all time faves ‘Questionnaire’ which contained the huge Paradise Garage anthem ‘Glad to Know You’and ‘Your’re My Occupation’. Even Quincy Jones gets in on the Jankel act, releasing ‘Ai no Corrida’. It’s actually released twice, once with Chaz and once with Quincy on vocals but no real musical difference.

Whilst Ian is hitting the headlines at the mo, our Chaz is also hitting the underground airwaves and has been gaining significant interest in his own right. His previous tracks have hit the attention one of our faves labels – Tirk who are currently churning out a load of re-mastered and remixed Jankel gems. The extensive back catalogue was originally penned in for release under Strut. When they went under, in stepped Tirk resurrecting the classic disco funk classics for the disco re-edit fraternity.

I have included the original of ‘Get Myself Together’ just so that you can gauge how good he really is, unadulterated.

Questionnaire has added been added more dance floor impact by sensitively bringing up to speed. I think the remix has lost some of the original ‘quirkiness’ but has dance floor impact firmly set in its sights. His tracks a tweaked for the dubby dance floor - particularly Todd Terje’s remix of ’Glad to Know You’, pitched for slow bass heavy pounding. Wait for the piano solo to kick in. Genius. Glad to be re-acquainted I'm sure!