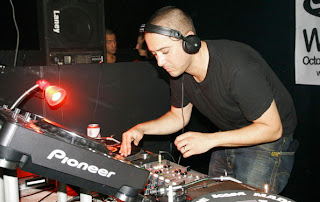 Kelvin was born in England and grew up in the San Francisco Bay Area. He now lives in Brighton, England.

His DJ career started with humble beginnings in the House explosion that hit the West Coast of the United States in the early 90’s. During this time, he had the opportunity to cultivate his skills spinning alongside some of San Francisco biggest DJ’s.

Shortly thereafter, he moved to Philadelphia and became acquainted with DJ’s Josh Wink and King Britt - an exposure that led him to be inspired creatively and continue to hone his skills as a DJ.

During a short period in the South-East of the United States he opened the only dance music specialty shop for the entire southern region and had a 3 year radio show on WPAL.

His knowledge and work ethic placed him as studio manager of San Francisco’s infamous Moulton Studios, known worldwide for its heavy involvement in the careers of some of the hottest producers in House music. He has gone on to work as Label Relations director for Clickgroove.com, one of Europe’s premier DJ download sites. He now works for Loopmasters and continues to dj and produce.