What We Did When The French Dude Came To Brighton 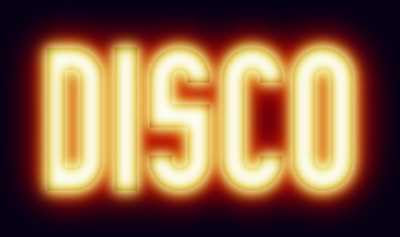 On Friday 12th November 2010 Brighton saw by all "first hand" accounts the triumphant return of dance musics favorite Frenchman, namely one Monsieur Garnier who alongside the residents from one of Brighton's longest running techno/house/electro club nights Stompafunk combined for an all nighter of four to the floor heaven down at longstanding venue The Concorde 2 on Marine Parade 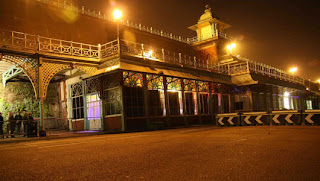 However, across town in a venue not usually associated with dance music something very different was beginning to stir as a healthy gathering of Brighton's Groove Based DJs began getting to work on establishing a regular weekly Friday session in the middle of one of the cities worst ever periods for crowd engagement and turnout 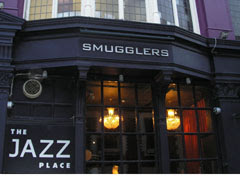 The roll call of those involved  nicely covers the majority of those playing out regularly each weekend in Brighton and reads as follows - Richard Dugdale, Andy Greaves, Richard Harmer, Tim Rivers, Rob Fahey, Jeff Daniels with Affy and Myself all essembled by Paul Budd who heads up this collective under the name of the night "Bust It"

To start on a negative, the venue historically doesn't feature that highly for those into their music as it's primary use up until now has been as a sports bar where you could watch a fight or a match to the sounds of commercial house and electro most weekends 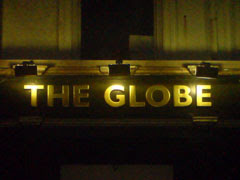 Support at grass roots is key as to avoid the same fate as say Maxxi Sounds at The Funky Buddha which last summer provided so much promise early on yet not enough support week in and week out to maintain itself in Brighton as a regular weekend concern no matter how much the venue management, promoters and resident djs wanted it to happen

Now, this is all very well and good but in Brighton any music of this nature played in a local bar setting has historically come up against noise restrictions which in this particular case couldn't be futher from the truth

The sound system if you stand in the middle of The Smugglers actually rivals that of any club system in Brighton for sheer clarity when feeling and hearing the bass that eminates up from the floor, this being the main reason why the night was set up by Paul Budd and one of the main attractions for the djs involved

The overall vibe on Friday in the bar is at present very low key and laid back, something of a departure from the image that was associated with The Smugglers within Brighton

There's a handy social space at the rear of the venue dedicated to those wishing to play some pool which acts as a nice hangout and meeting point away from the bar
So that's about it for now, inital signs are good, strong music policy, clear and loud soundsystem plus a collective from Brighton working together once again on a common cause