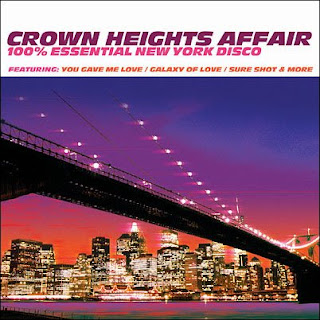 Easily in the top ten disco tracks in the record collection and a sure fire bomb appealing to both funk and disco heads in equal measures.

Currently dropping this in as many places as possible with some pleasant reactions coming back from those up for it.

A big fave at both The Loft and The Paradise Garage, a tune that always gets an airing during the summer months when ever the opportunity is presented.

Formed in New York City in the early 70s and initially known as the Neu Day Express. Crown Heights Affair took their new name from a district of their native Brooklyn.

Listen to "Say A Prayer For Two"