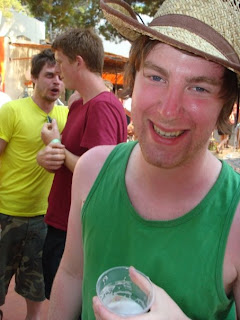 "Influenced by artists such as Gwen Mcrae, Feel and The S.O.S Band, Rob has lent his skills to reworking their tracks, using experimental techniques, his beats have a heavy emphasis on groove and functionality"

Brighton DJ and producer Rob Fahey has a completely fresh perspective on structure, groove and texture. using experimental techniques his beats have a heavy emphasis on groove and functionality

You catch him down the Fishbowl Bowl in Brighton on the third Friday of the month every month playing an eclectic mix of soul, funk, disco, boogie, rare underground 60s/70s classics, the finest re-edits available, and some other stuff you won't be expecting. deliciously left of centre.

Influenced by artists such as Gwen Mcrea, Feel and The S.O.S Band, Rob has lent his skills to reworking their tracks which you can check for yourself on his sound cloud site right here.

Rob also hosts the weekly Sunday morning show on upfrontdance.net all across Brighton featuring a sure fire mix of boogie, disco and funk for anyone up early having their breakfast or still going from the previous night.