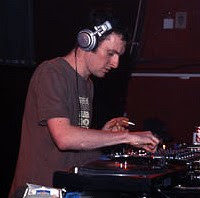 This is our second featured mix from Alex (Disted Twisco) Webb to appear on the blog.

After taking a break from djing to get married recently Alex is back with another quality session on the 1210's for his third mix in his Disco Twisco series.

Alex's mixes always build nicely, this time he takes his initial cue on the pitched down house tip then gradually ups the tempos along the way.

You can catch Alex at his new night at The Globe on Middle Street on the first Friday of every month with his guest Johnny Recess dropping by on Saturday 5th December for a session of 80's funk, disco and house till 2am in the morning.