Does The Brighton Disco Boozer Exist? 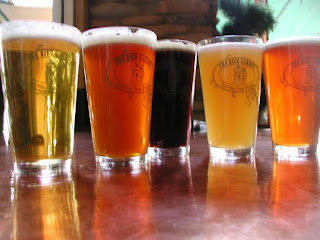 If anywhere in Brighton was to lay claim as to being the cities closest thing to a disco-centric boozer then The Globe on Middle Street just off the seafront would definitely be up there enjoying early honours in 2010.

However energetic flag waving at present at the thought of enjoying a centralized Brighton hotpot for all things disco related may prove somewhat premature.

Various nights have sprung up recently at the two floored basement venue which indicate a more considered and less random approach that is being adopted by the venue when selecting dj’s and nights to put on.

Subsequently The Globe now has three separate disco themed nights running monthly that use either both floors of the venue itself, the bar or the very cosy 100 capacity basement/bar space downstairs.

Well, unlike more well known Brighton dance music spaces, The Globe has developed a greater emphasis on intimacy whilst also leaving the doors firmly open to anyone wishing to experience a more low key vibe but at the same time wishing to have a solid night out of music and socializing in a non club setting.

Brighton boozers have always provided an excellent off piste opportunity to have a great night/day out with places such as The Biscuit Factory, The Fortune Of War, The Three and Ten, The Sidewinder, Ali Cats, The Thomas Kemp, The Gladstone, The Fishbowl and The Hobgoblin all at some stage in their lives seeing many an active night in front of the speakers.

However with some of the above venues now having either changed their direction or having succumbed to the wrath of the in house limiter that unfortunately populates many a local bar in Brighton, we are sadly just left with just a handful of places to choose from in twenty ten.

A friend only today raised an interesting point in that London which is just a 45 minute train journey up country would do well to send a dedicated disco boozer down our way, as such we would also do well to actually acquire one at long last.

The fact maybe is we already have one starting to appear, all be it possibly by accident and not by choice or intention.

However The Globe is still a very long way from for example the capitals omnipresent disco saloon that is commonly know as The Horse and Groom which enjoys a who's who of groove based and disco influenced music as regular highlights week on week.

The Globe also shares it’s disco events with other colourful nights which feature anything from laptop jamming to films shows to live music events, crediting the venue as the cities only dedicated disco boozer at this stage would be inaccurate and also a tad optimistic to say the very least.

What The Horse and Groom and others like them have successfully achieved is to bridge an important gap left behind by today’s hybrid club scene that has developed out of increased numbers of djs/promoters wishing to put on nights whilst almost simultaneously numbers attending haven’t matched what has been offered up across the general dance music scene in relation to footfall.

It also helps that the slightly older clientele places like these attract still probably enjoy that intimacy brought on by their early clubbing/party experiences, all be it with alcohol being the drug of choice and not what is now consumed as a substitute.

The developing situation is that in any one destination anything can be presented musically thus lending the location to be known for it’s various one off nights above what historically should be it's most important asset, the music.

To fully appreciate this fact you have to look back in time before dance music became the commodity it did.

The 80's were awash with venues that played dance music, many not needing to rely on a name of a night or brand to attract the music fan.

Call it economics, call it the nature of the way music is consumed in a live environment, call it what you will, the fact remains that places like The Horse and Groom have become associated with a particular style and musical dynamic which are championed in a specific location, always a sign of a good party, any disco bells ringing at this point?

If your reading this, pick a music space you’re familiar with (past or present) then take a look at the music it offers up.

The jury is currently out regarding whether to claim our very own Globe as our cities very first dedicated disco boozer, however for the time being it certainly looks like all eyes and ears are pointing their way in 2010.

Also check The Fishbowl each weekend for something similar and just as rewarding, a little more eclectic dance music wise but still firmly in the groove based/black influenced dance music camp.