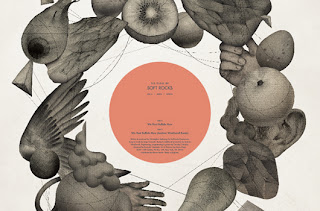 There's been some last minute mastering going on recently but after speaking to Chris who forms one quarter of the team, we're nearly ready for lift off this month after the long wait

Chris, Piers, Bobby and Andy have been supplying the disco and electronic dance music scene for a very long time with a variety of edits and remixes across a strong and varied label base eager to have the Soft Rocks sound associated to their artist roster