Inspiration From The Dancefloors

Some count great NYC disco's, others warehouse parties in 80s London, some acid house parties in Essex others legendary or underground club nights from across the years that have cut a path on their own terms

However for me, Sketch wins hands down probably as I didn't really experience that many clubs before the late 80s that weren't playing a mix of predominantly soul, funk, hiphop and the like. Plus Sketch was an institution where the rules of the dance floor were left alone to run free

It's natural that the history of our islands dance music culture gets most documentation attributed to developments surrounding the big cities when you go sifting through the history books. Rightly so as the main flash points were obviously in these cities where more people were ready to dance to house music in all it's forms from the mid 80s onwards

Somewhere slightly later on in this lineage of events came a "satellite club" that was called Sketch which was situated way out west in Somerset between two towns. The first Burnham On Sea and the other called Bridgwater. Probably places that you know very little about if you are from outside this catchment area 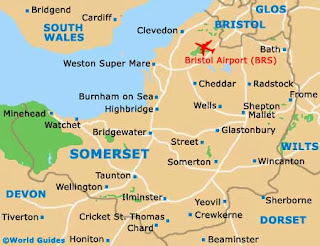 Anyway, SKETCH put a huge smiley dent in the scene around the start of the early 90's and I for one was very fortunate to of participated as a dancer in this out of the spotlight dance floor explosion session, south of Bristol and a long way from the other house music cities across The UK at that time

Hope you enjoy the film clip. I was an attendee around the start of 94 when the music was slightly more on the house vibe perhaps but enjoying the clip sure makes me feel I missed out on those times before hand out in the west country